Bowmanville, ON (May 11, 2019) – Britain West rolled in to Canadian Tire Motorsport Park for the BEMC Spring Trophy Races, the first three rounds of the Toyo Tires F1600 Championship with a two car entry for championship contenders Zachary Vanier and Matt Gidman. A third entry for Tony Martella, a gentlemen driver preparing himself for a once-in-a-lifetime run at the Grand Prix Montreal, would run the test day and the first round. 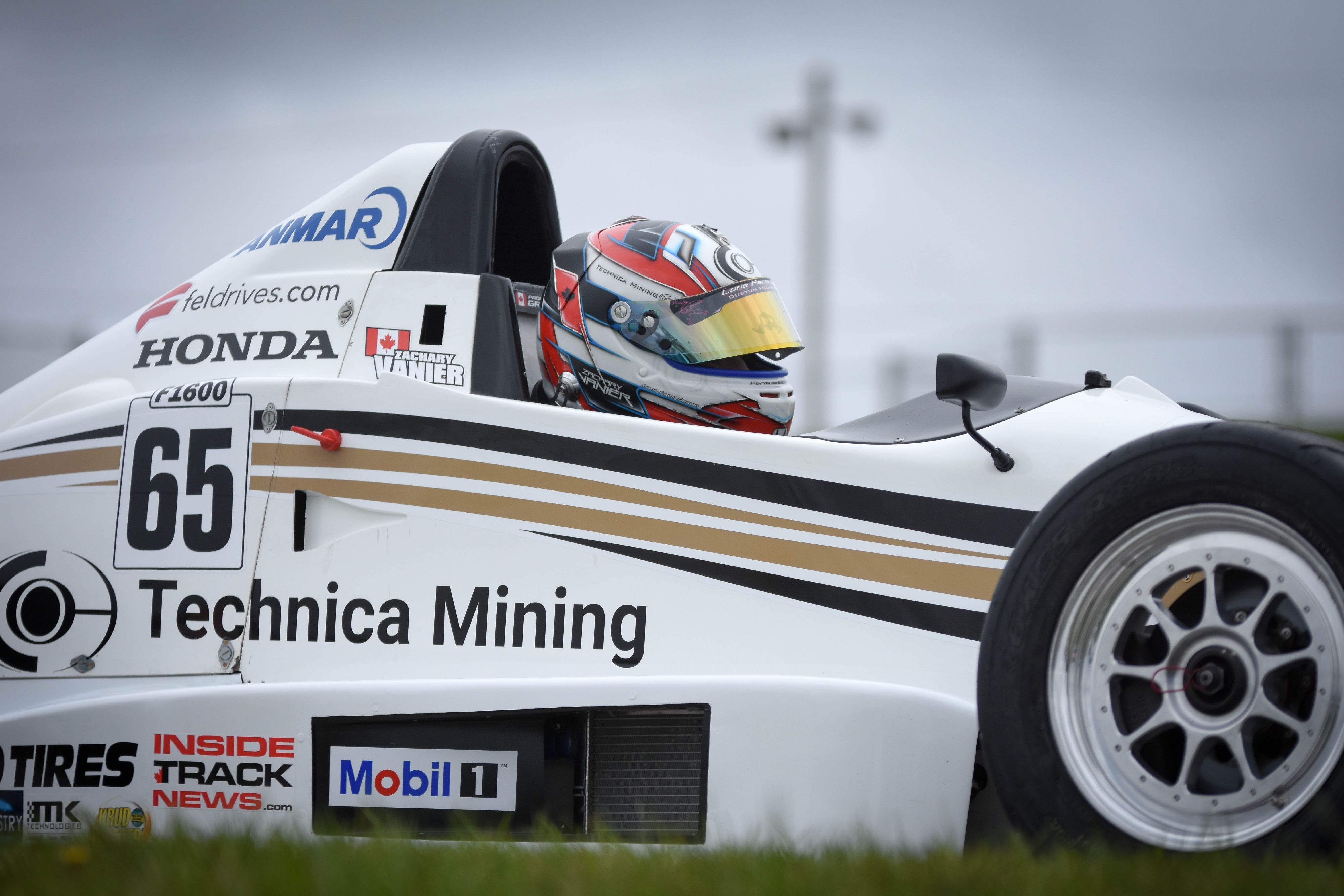 Things started with a bang as Vanier paced the field in both practice and the bulk of qualifying, narrowly missing the pole position as veteran racer Olivier Bedard grabbed the top spot in the last minute.

Gidman also showed great form in practice and was looking for a solid qualifying effort but brought his car to pit road early with a vibration. He missed most of the session, demanding a hard effort for the first race of the weekend.

At the drop of the green flag Vanier made a stout move and took the lead by the third corner. He and Bedard were the class of the field and worked together to break the draft from the five-car pack behind. They traded top spot for most of the race and he eventually finished in second place – a great start to the season.

Matt Gidman made quick work of most of the field and was looking to have a career best finish when his shift linkage failed and he was forced to pit road, retiring from the race. He showed incredibly encouraging pace and was looking forward to race 2.

Race 2 of the weekend went off Sunday morning and was a real nail biter. Vanier and Bedard picked up where they left off Saturday afternoon and battled hard lap after lap for the lead. They gapped the field initially, only to have the race slowed and the pack brought back together for the first of two safety car periods for a crash. The second safety car period ended Vanier’s chance at a late race move, the race ended under caution and Vanier would have to settle for second place once again.

Matt Gidman had an equally successful race. He was forced to start last due to the gearbox issue on Saturday but stormed through the field, finishing seventh and grabbing hard charger of the race honours along the way for making the most passes during the race.

Race 3 was held in cold and rainy conditions. Vanier and Bedard were again the class of the field and checked out on the other competitors quickly. They battled back and forth for a few laps but the experience of Bedard won through in the end and he captured the race win, with 16 year-old Vanier grabbing an impressive second place in unbelievably tricky conditions. 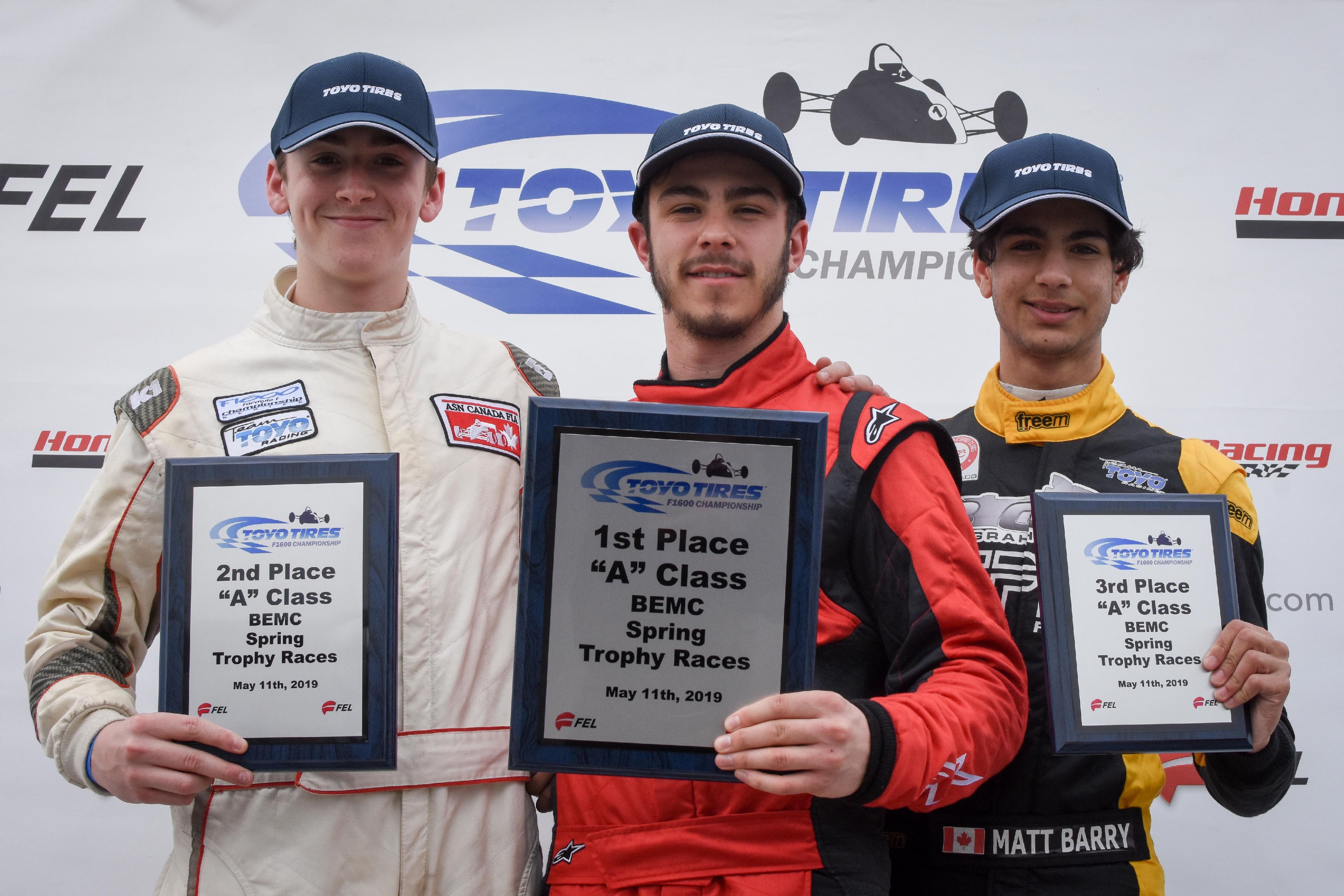 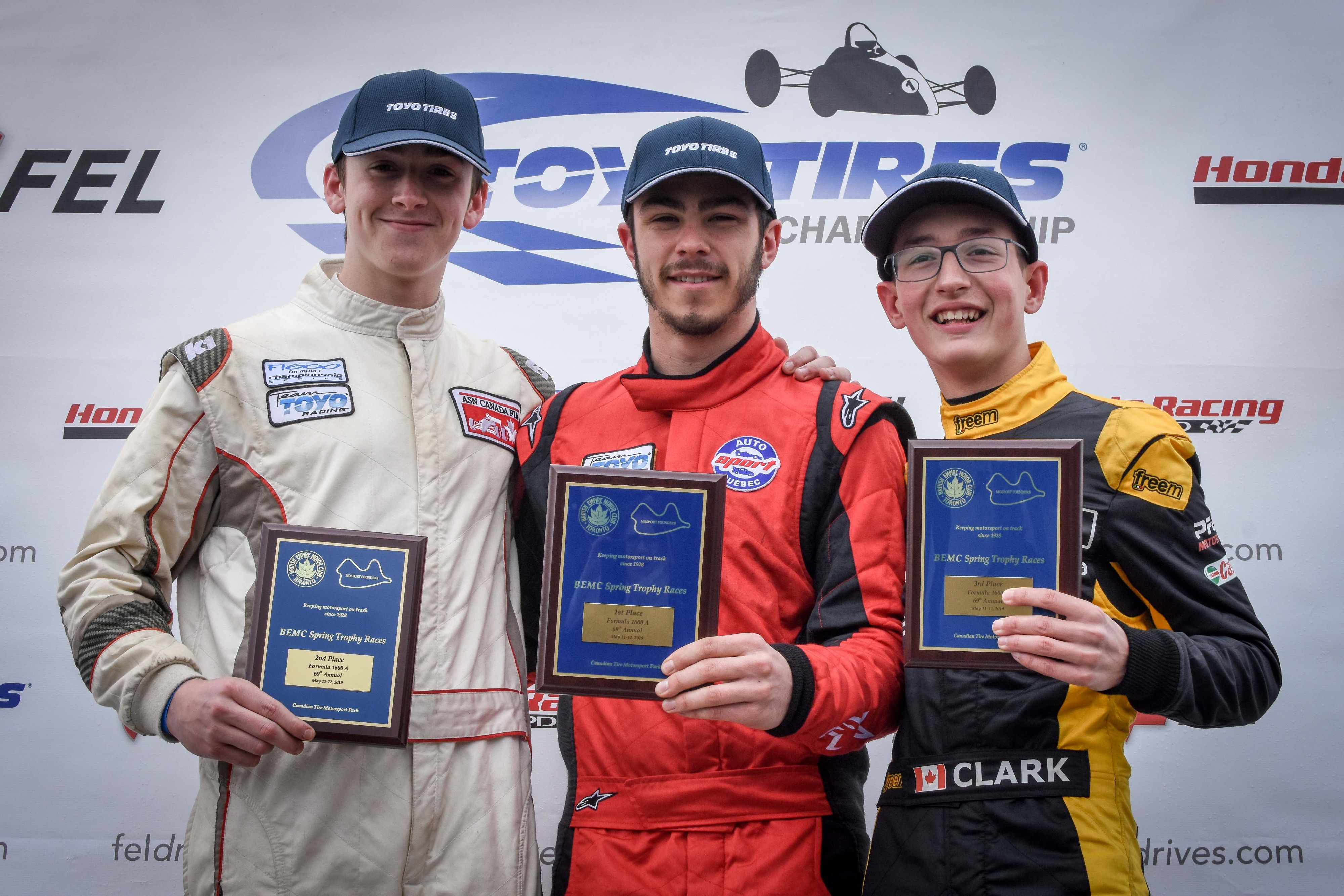 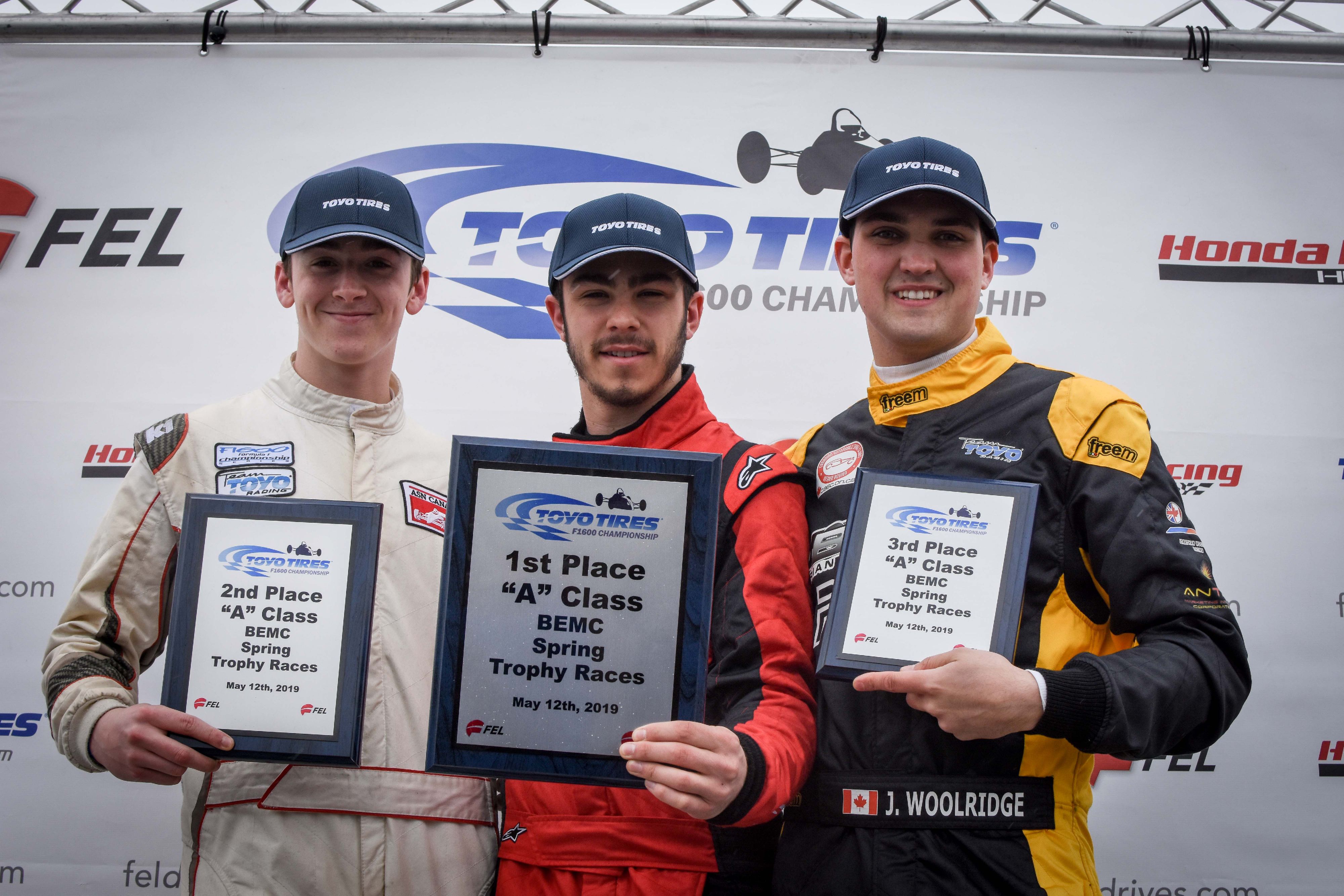 Gidman got off to a rough start, and like many of the competitors was caught out by the tricky condition and has an easy spin on lap 1, not damaging the car and returning to the track. He then drove masterfully and brought his car home to a very respectable sixth place finish.

Next up for the team is the F1600 Championship in Quebec in a couple of weeks. Their season debuts at Le Circuit Mont Tremblant, the track where Vanier grabbed his first win, last fall at the age of 15.